Being a geek used to be frowned upon.

Becoming an adult was hard when I had interests in computers, comic books, anime, and gaming.

As the years went by, though, I got a little wiser and grayer. I learned that I could hack my life into one that I would enjoy.

Happiness means many things, but I hope my pursuit of it will resonate with others.

Now I'm getting ready to begin a new adventure in a new place with new friends, new family, and a new career.

This is my journey. 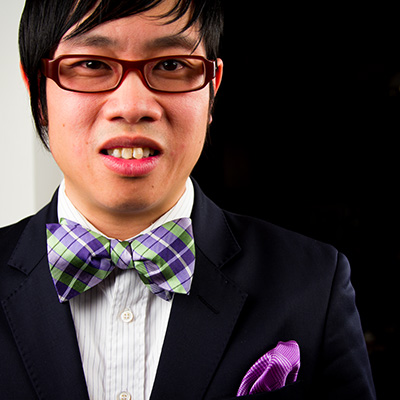 Hello, my name is Yawhann, but everybody calls me Hann.

I’m a freelancer in the media arts, which includes photography, filmmaking, and writing. I enjoy the Marvel cinematic universe, Netflix, and heavy metal. I like traveling, eating delicious food everywhere I go, and seeing the positive things in life. I’m kind of a silly guy on all days of the week except Saturdays.

You can visit my film portfolio at ZhangYaohan.com.

Now that you know a bit about me…

Why not jump in and start reading about my adventures?

G’day, mates! I’m coming at you from Australia this week (yes, I work hard even during my vacations) to discuss what a real Chinese New Year should be. That said, thanks for your patience during the delay. Preparing and packing for the trip, plus time zone differences messed me up.

For those of you who don’t have the technology to listen to the podcast, I’ve included the audio transcript below. Enjoy!

Yo. Hann Chong here, and this week, I’m going to talk to you about why a real Chinese New Year is best celebrated in Asia.

So, this week, I’m talking to you from Gold Coast in Australia, where I’ve taken a Chinese New Year vacation. I’ll probably touch on this vacation in a later episode.

Since I was young, I grew up in a small town where other Chinese people were few and far between, so Chinese New Year celebrations were recognized with food and traditional customs in my household. But since coming to Malaysia, I’ve found that the only celebrations I ever observed in Chinese movies and shows pale in comparison to the absolute insanity of a real Chinese New Year, also known as gwo nihn.

First off, and I can’t stress this enough, the CNY holiday in Malaysia is akin to Christmas in Canada and the States. For a month prior, or as soon as Christmas ends (which is also crazy here), everywhere you go and shop becomes a commercialized loudspeaker of decorations and festive music ready to make you hate capitalism (if that hasn’t already happened).

Despite all of that, seeing all manner of businesses adorn their storefronts with red and gold, the official colors of Chinese New Year, makes me kinda proud to be Chinese, something that I’ve never been able to experience in Canada.And it

And it’s not just stores, but entire shopping malls, professional offices, and even some of the streets. It’s surely a sight to behold.

Aside from decorations, events occur as well. You can catch a traditional lion dance, firework shows are held, and some stores give free limited edition hong bao. What are hong bao? I’ll get to that shortly.

As I stated earlier, I’ve never had a chance to genuinely feel proud to be Chinese, and here, this public expression of my culture is so outrageously fun and unique, especially to people who have never seen it in person before. If you’re a bit of a Twinkie like me, you might relate to this.

But you’re probably wondering, ‘Hann, you’re thirty-eight years old. Why haven’t you experienced this before? Y u no Chinese? Do u even lift, bro?’

Yeah, you’re probably right, but the last time I traveled to Malaysia was twenty long years ago. And even during my youth, I never experienced a real Chinese New Year because we always went during the summer.

This holiday typically likes to fall between January and February. So, while this may not be enough of a reason to convince non-Chinese people, it’s a way to reconnect with our Chinese roots.

Or, if you want to be Asian like that kid in Just Another Teen Movie, cool. I promise I won’t karate kick you. Mad respect, brah.

But, back to the fun and unique experience of CNY, whether you’re Chinese or not, there’s always something in it for everyone. Yes, I’m talking about food.

Specifically in Malaysia, it’s a gastronomical dream. Dishes you would never see in a restaurant menu start cropping up as Chinese New Year specials.

Even my mom and other Chinese moms around the world will be cooking and baking up a storm. Expect seasonal dishes like yee sang, which is kind of like a salad that represents all the traditional things we wish to happen in the New Year.

Finally, the last reason why Chinese New Year is best celebrated in Asia is hong bao. I mentioned this earlier, remember?

Essentially, hong bao are those red packets with money inside that you give to your children, friends, and juniors. There are some other rules behind it, but receiving them when I was a kid was awesome, because it meant more money on a day of the year besides my birthday.

As a non-Chinese, if you happen to work in Asia, you can expect to receive some hong bao from your boss at work (unless they’re a cheapskate). Make some friends too, because you never know – they might give you hong bao as well!

I haven’t yet crossed over into the duty of being the one giving the hong bao, because I haven’t gotten married yet. Personally, I think that receiving hong bao from your married children is secretly the actual reason why Chinese parents insist on us getting married before turning thirty.

Just kidding, mom and dad. I love you.

I hoped that convinced you to aim your next travel points at Asia during the winter, especially if you’ve never been there! Malaysia is hot, but… it’s a pretty cool destination where you can experience a real Chinese New Year.

Another one bites the dust! Wow, these podcast entries are getting easier to do… not! Yeah, that was lame, but I liked Wayne’s World, so sue me.

If you liked this podcast, check out some of my previous episodes, and please please please share this on your Facebook, Twitter, or any other social media on the interwebs. If you do, shoot me a tweet at @ChickenBall and I’ll give you a virtual high-five!

Well, until next time! Byeee.

All my films have secret endings, so I figured, why not put them into my podcast? Uhh, I don’t really have anything for this entry, so, uhh… I’ll think of something next time?